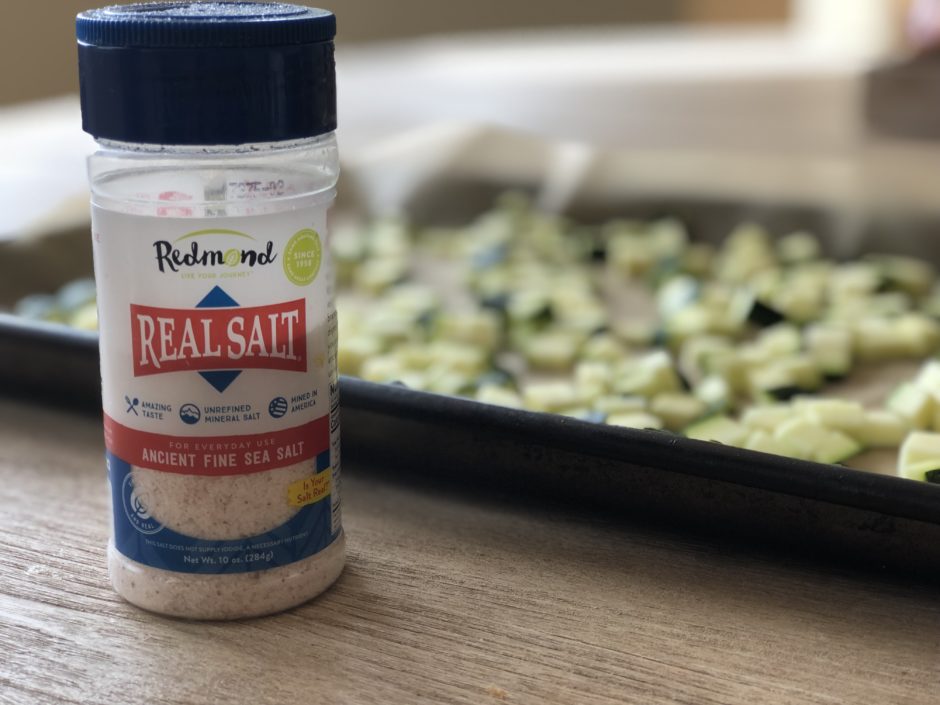 I was at the grocery store the other day, having a friendly conversation with the butcher about the picky taste buds of toddlers. He explained to me that his son hated carrots, until he finally “gave in” and salted them. Then, he loved them. He was hesitant to do so because he was told that we shouldn’t salt our kid’s food because it “ruins” their taste buds and makes them want salt on everything.

I, being the unconventional girl that I am, was confused. Why is that a bad thing? I thought. Salt is good for you.

I told the story to my husband, and he, too, agreed with the butcher. Why would I want to encourage our daughter to eat more salt?

Well, where do I begin?

Let’s start with the fact that we have been repeatedly told that we need to lower our salt intake based on old research that has since been seriously questioned by newer research. Here’s a shortened review.

In Favor of Salt Studies

A 2006 study published in the American Journal of Medicine tracked the sodium intake of 78 million Americans (whoa.) over the course of 14 years. The results (in short)? Lower sodium diets led to higher mortality rates among those with cardiovascular disease.

With 3681 people as their test subjects, the researchers found that systolic blood pressure, but not diastolic pressure is affected by changes in sodium intake. However, this systolic blood pressure association did not result in higher risk of hypertension or CVD complications. In fact, lower sodium intake was associated with higher CVD mortality.

Before I go getting all Food Babe on you (i.e. self-righteous blogger), I think it’s only fair to present the studies that still find the fault in salt.

Combining data from more than 100 sodium-related studies in 66 countries, the researchers found that there would be 1.65 million fewer deaths per year worldwide if the average sodium intake was decreased to 2,000 mg a day (the average sat at 4,000 mg a day).

Researchers in the late 80s/early 90s tested the impact of lifestyle changes on people — one of which being to reduce sodium intake (this was tested independently of other changes so the results could be controlled). Over the 18-36 months of trials, results showed small decreases in blood pressure with sodium reduction. Ten to fifteen years later, the researchers checked in on their participants again to find that A) participants in the sodium-reduction groups were 25% less likely to have a heart/blood pressure-related conditions or to have died from them, and B) the higher the potassium to sodium, the lower their chances were of said conditions. Coming to the conclusion that both lowering sodium and increasing potassium is the winning combination.

Both of these studies bring up some interesting and valid points. The potassium/sodium balance discovered in the TOHP trial is a huge finding (and this is just one of many studies that have found it). We’ll come back to this. Promise.

Secondly, one very important point is missing from all of these trials, and that is the importance of the type of salt consumed.

There are two types of salt: Refined salt and unrefined salt. And the fact is that they could not be more different from each other.

As discussed in one of our previous research studies, the key to reduced blood pressure and relaxed arteries is not to take salt out of your diet. It’s to add potassium into it (source).

Salt does not work well alone. It needs it's laid-back buddy Potasssium. Potassium lives inside your cells, unlike sodium, which lives outside them. Its job is to relax the walls of your arteries, prevent muscle cramping, and lower your blood pressure.

A 2014 study, found that women without high blood pressure who took in the most potassium had a 21% reduced risk of stroke. In addition, a meta-analysis (dissecting 29 trials) also found that low levels of potassium resulted in higher systolic blood pressure readings.

The most common recommendation is that you keep your potassium to sodium ratio at 5 to 1. This works great if you’re consuming a mostly unprocessed, home cooked diet. But if you’re eating a lot of canned soups and using store-bought salad dressing, then that level of potassium is going to be really tough to reach. In this case, the first step is to eat more real food. Sounds simple. I know it’s not. But I’m telling you, the more unprocessed, home-cooked meals you’re eating, the less you'll have to think about it. The correct balance will happen on its own. Here’s a few food items that really pack in the potassium.

Long story short, yes, I am happy to salt my daughter’s breakfast, lunch, and dinner. No guilt. Not sorry.

Get ‘Local Foods’ All Year Long in Chicago